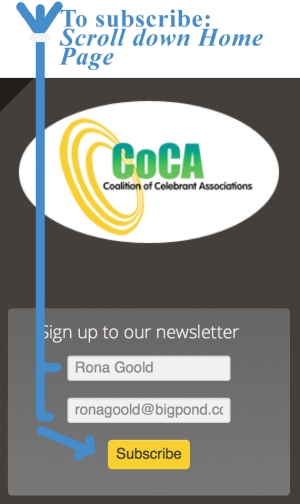 CoCA News is posted to the Newsletter Subscribers Data Base:
You can subscribe on the Home Page as shown >>>>>>>>

Please subscribe to our NEWS - Go to HOME, scroll down and enter your email address and name. You may unsubscribe at anytime

The Monthly Celebrant News is one way CoCA supports you as an Australian Celebrant
- See CoCA Goals
The Celebrant News assists you to find out what CoCA Volunteer Delegates from CoCA Assocations are doing for the Australian community and you as a professional celebrant. 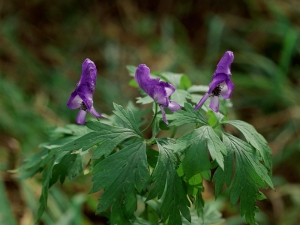 The Coalition of Celebrant Associations (CoCA) Incorporated invites journalists and other media personnel to contact us for information about the role of civil celebrants in Australian society, the range and types of celebrants offering services to their communities, and the range of ceremonies including weddings, namings, aniversaries, funerals and memorials. CoCA also advises the Government on the Commonwealth Marriage Celebrant Program, the Australian Marriage Act 1961 and its impact on marriage celebrants and marrying couples.

What's On Your Mind