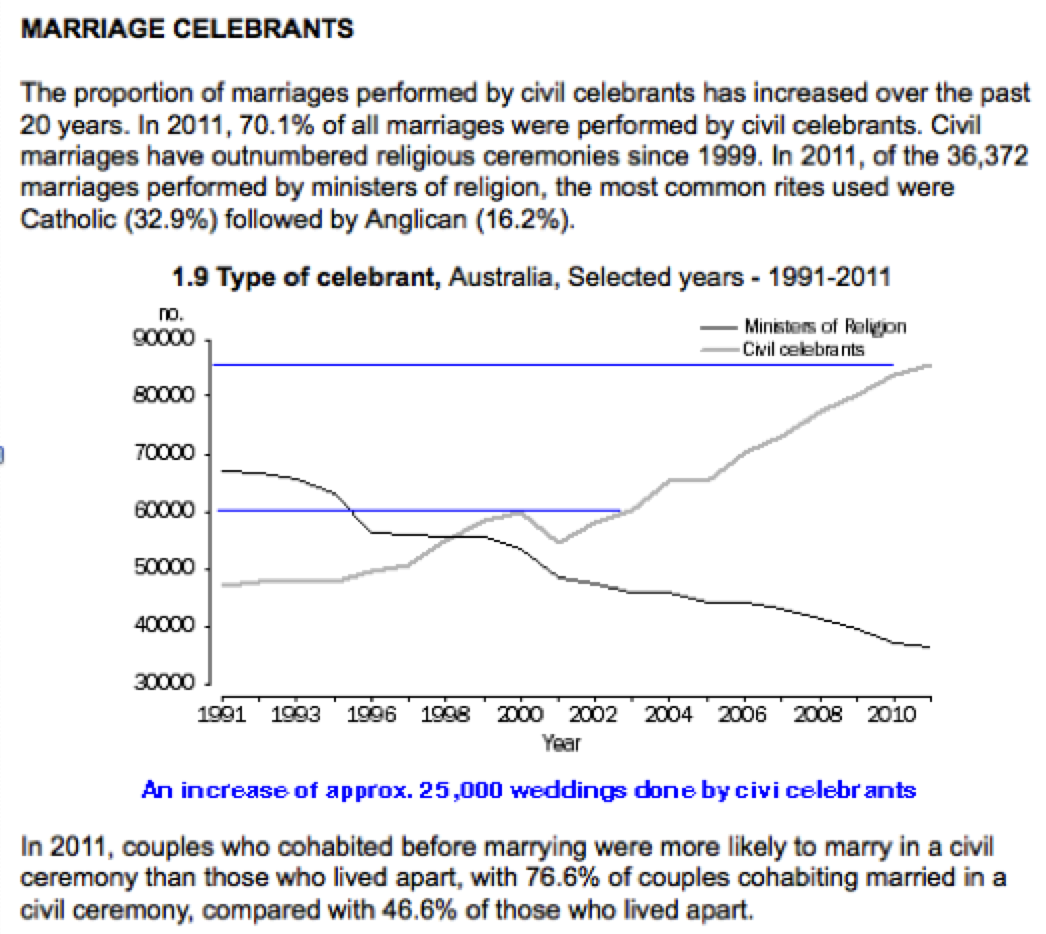 Wedding celebrant earning potential is impacted by many factors including:

Conclusion: To earn a reasonable hourly rate from celebrant work, celebrants would need to be celebrants for all occasions to increase work opportunities and expertise. 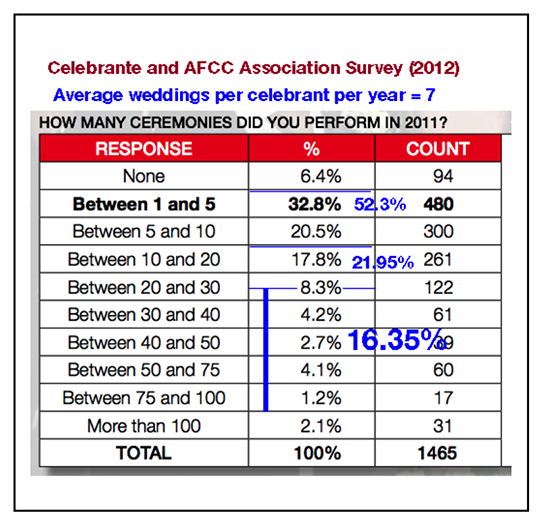 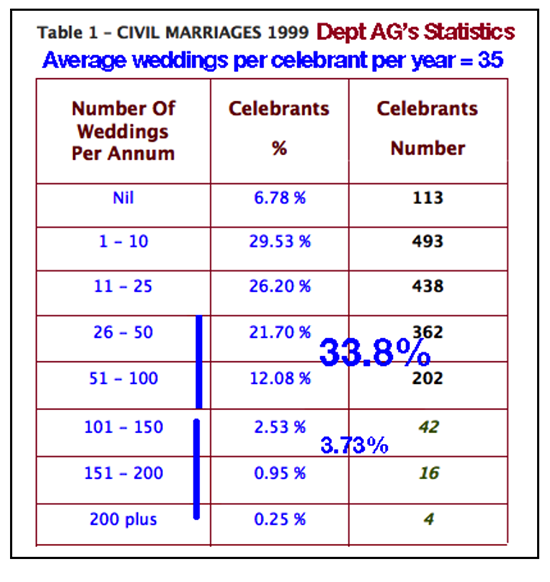 What would be the most common size at your weddings? 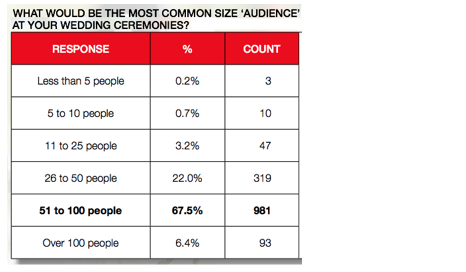 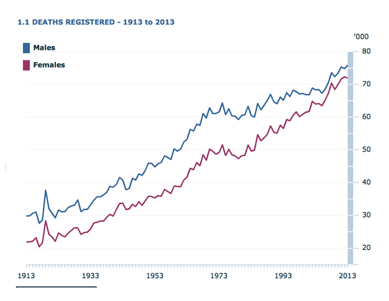 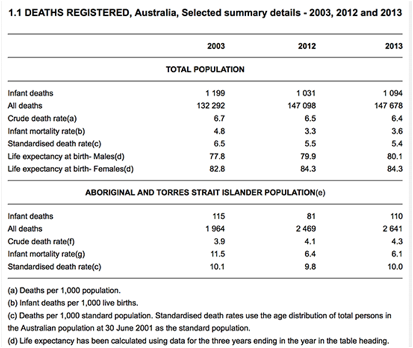 Causes of death data are a significant and important input to health and social policy formulation and planning as well as health related research and analysis.

For example, causes of death data provide insight into the diseases and factors contributing to life expectancy, potentially avoidable deaths, years of life lost and leading causes of death.

In Australia, causes of death statistics are recorded as both underlying cause and multiple cause. The underlying cause is the disease or injury, which initiated the train of morbid events leading directly to death.

The graph below shows the top 5 leading causes of death for males, females and persons from 2003 to 2012. 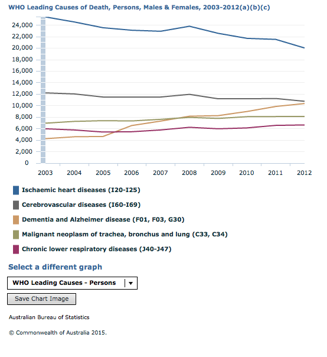 There were 2,535 deaths from Intentional self-harm in 2012, resulting in a ranking as the 14th leading cause of all deaths.

Suicide as proportion of total deaths

While suicide accounts for a relatively small proportion (1.7%) of all deaths in Australia, it accounts for a greater proportion of deaths from all causes within specific age groups (see graph below).  For example, in 2012, 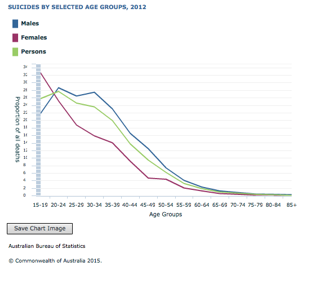 Age-specific death rates are the number of deaths during the reference year for specific age groups per 100,000 of the estimated resident population of the same age group .The pattern of age-specific rates in 2012 for suicide in males and females is shown in the graph below. 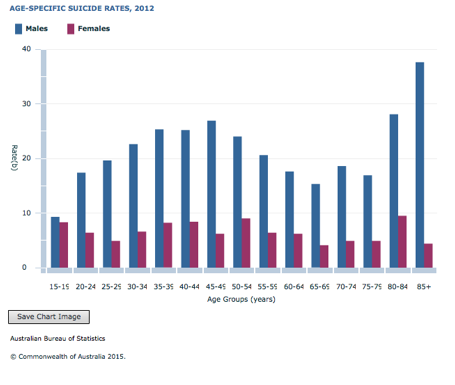 Suicide by year of occurrence 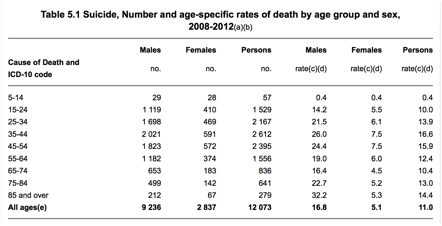 The number of suicide deaths of children and young people under the age of 15 is small, but is significant in terms of the proportion of all deaths within this age group.

It is recognised that the death rate from suicide differs between Aboriginal and Torres Strait Islanders and non-Indigenous Australians. It should be noted that of the 57 deaths by suicide of children and young people under the age of 15, 15 deaths (26.3%) were of Aboriginal and Torres Strait Islander Australians. The remaining deaths were of non-Indigenous persons or persons for whom Indigenous status was not stated.

In 2012, the most frequent method of suicide was hanging, strangulation and suffocation, a method used in more than half (54.4%) of all suicide deaths.

Poisoning by drugs was used in 14.5% of suicide deaths, followed by poisoning by other methods including by alcohol and motor vehicle exhaust (8.5%).

The remaining suicide deaths included deaths from drowning, jumping from a high place, and other methods.

In general, coroners may be reluctant to determine suicidal intent (particularly in children and young people). In some cases, no statement of intent will be made by a coroner.

The reasons may include legislative or regulatory barriers, sympathy with the feelings of the family, or sensitivity to the cultural practices and religious beliefs of the family. For some mechanisms of death where it may be very difficult to determine suicidal intent (e.g. single vehicle accidents, drownings), the burden of proof required for the coroner to establish that the death was suicide may make a finding of suicide less likely

Celebrante had over 1,500 responses to a range of celebrancy-related issues from the changes proposed by the Attorney-General’s Department through to ceremony rates, locations and styles etc.

This is the most recent independent  survey of celebrants: 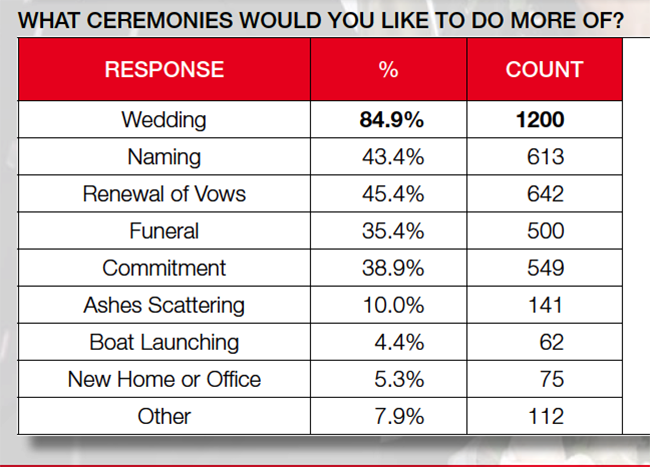 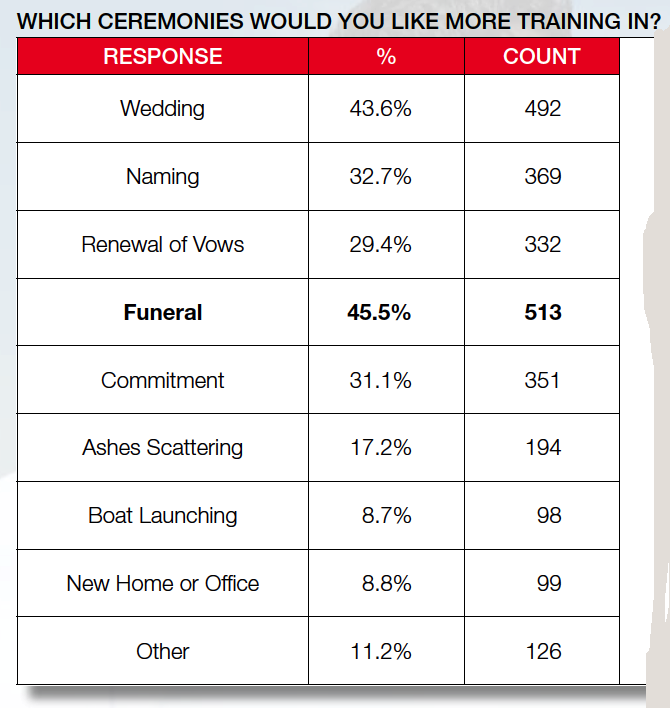 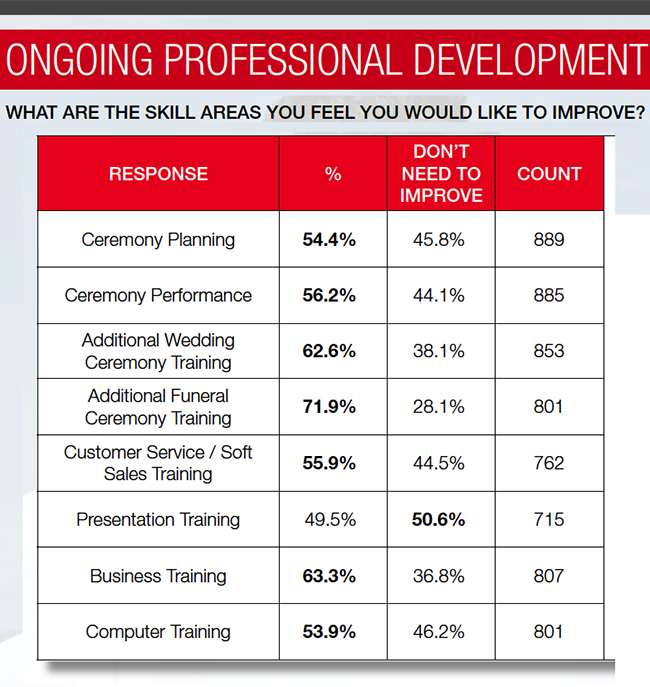 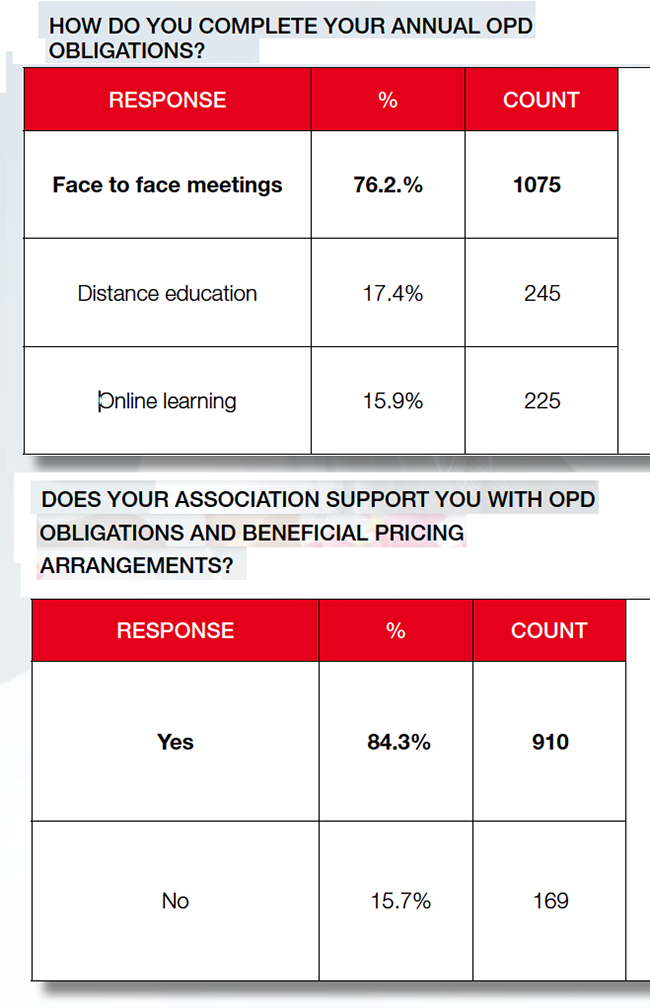 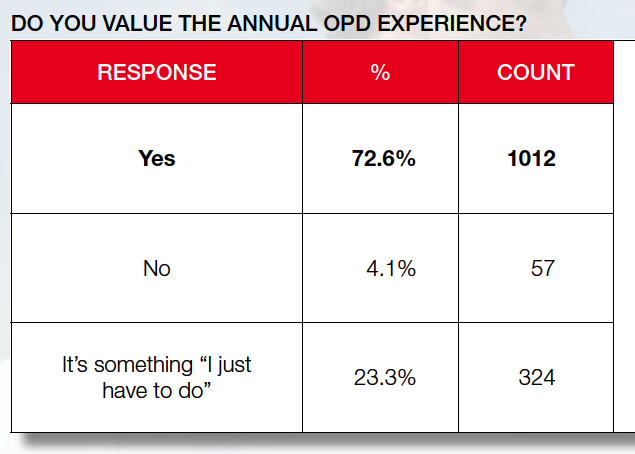 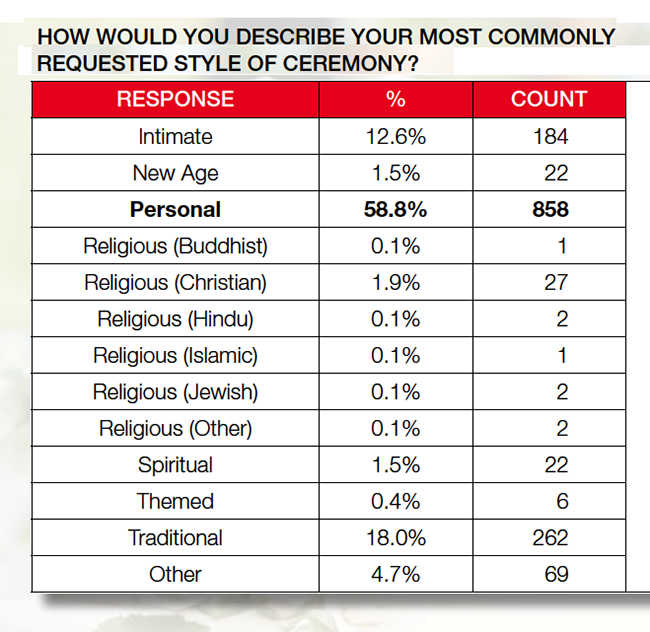 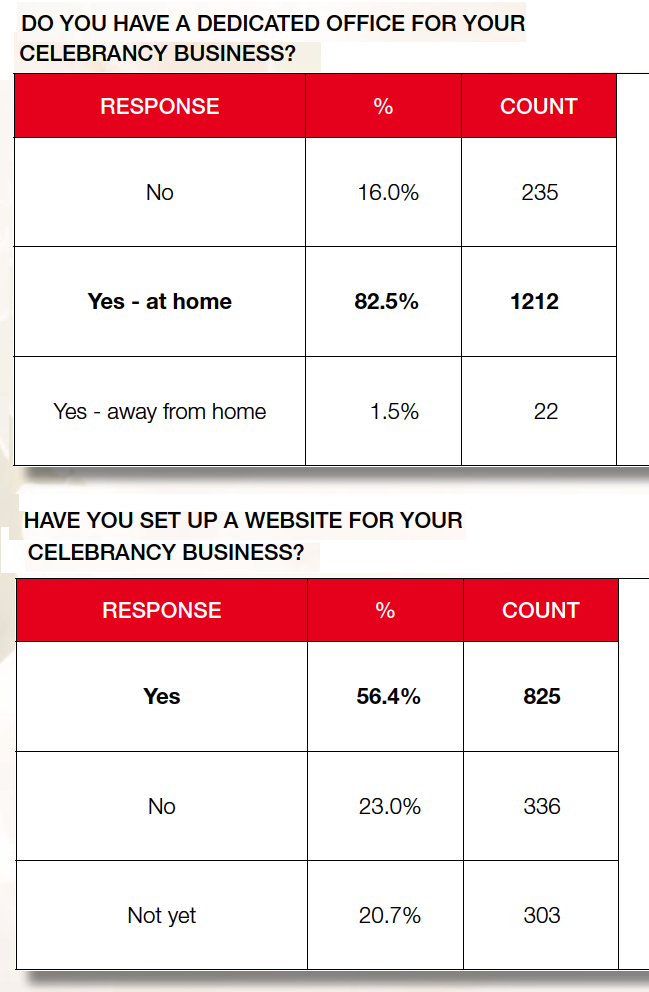 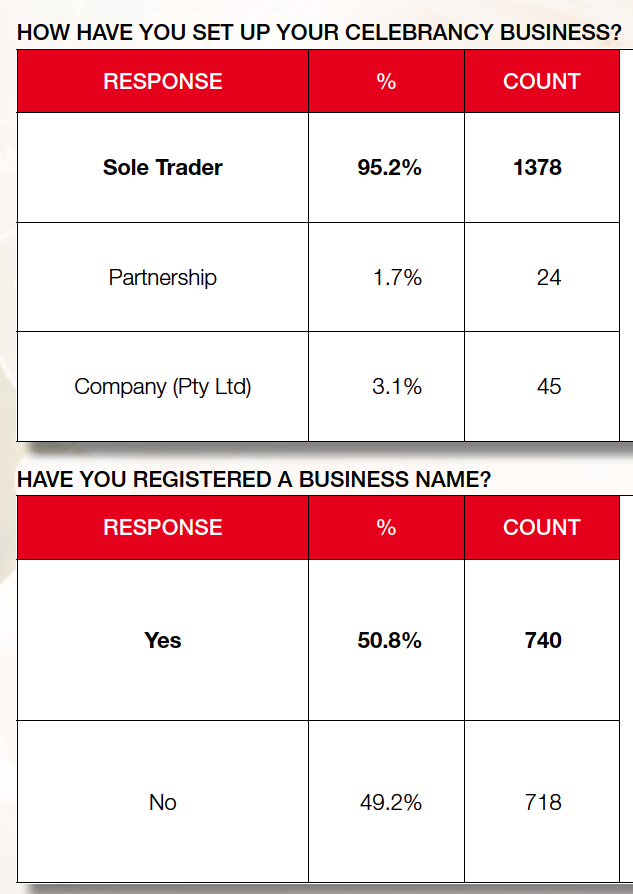 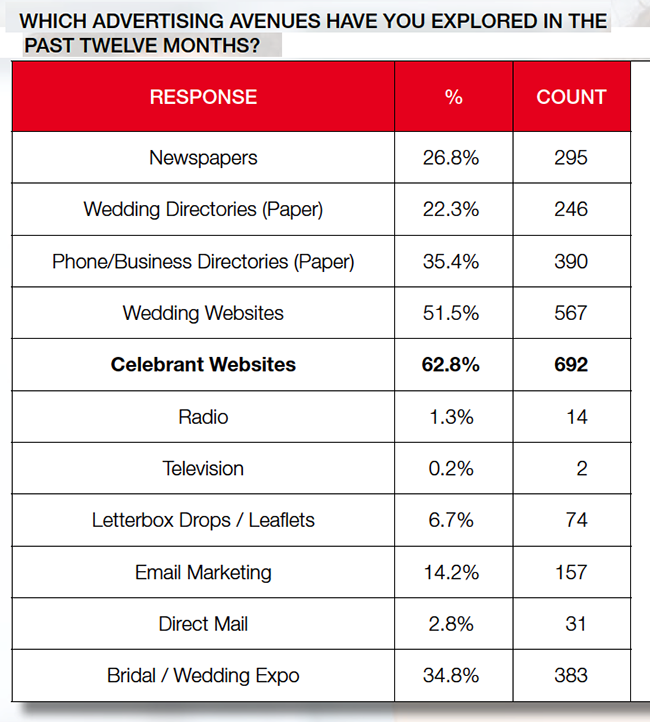