Statistics contained in the following tables are drawn from the MarCel database and accurate as at 3 October 2018 unless otherwise indicated. 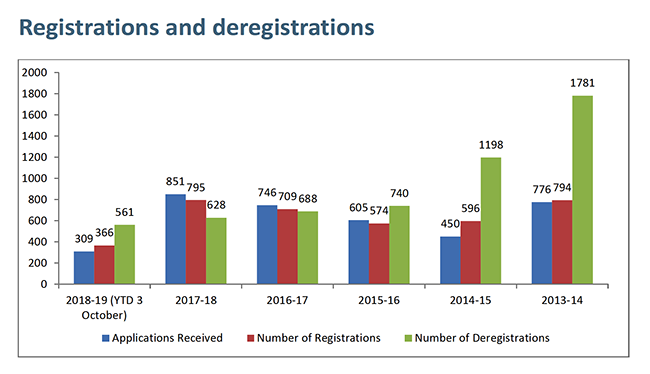 CoCA Note: Annual number of registrations have been increasing since 1st July 2015. 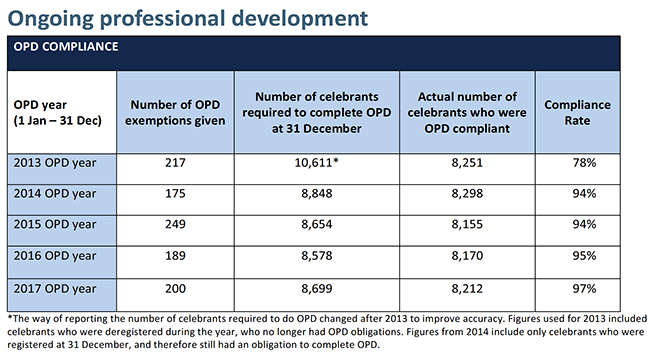 As at 3 October 2018, there were 5 complaints in progress. 12 complaints are on hold due to referral to AFP & DHA.
Consideration is being given to closing the complaints on hold.

Statutory complaints are those that meet the criteria set out in the Marriage Regulations 2017.

This includes that the complaint must relate to the solemnisation of the marriage.

From 1 July 2015, the department has regarded a complaint as being about the solemnisation of marriage

where the matter complained of concerns a legal obligation or requirement contained in Division 2, Part IV

Before 1 July 2015, any conduct occurring during the marriage ceremony was considered to relate to the solemnisation of marriage .

Non-statutory complaints are complaints about marriage celebrants that do not meet the criteria in the Marriage Regulations.

From 1 July 2015, these include complaints about possible conflicts of interest or benefits to business.